We all celebrate Christmas differently, so we thought we’d take a look around the world to see how different countries enjoy different Christmas traditions 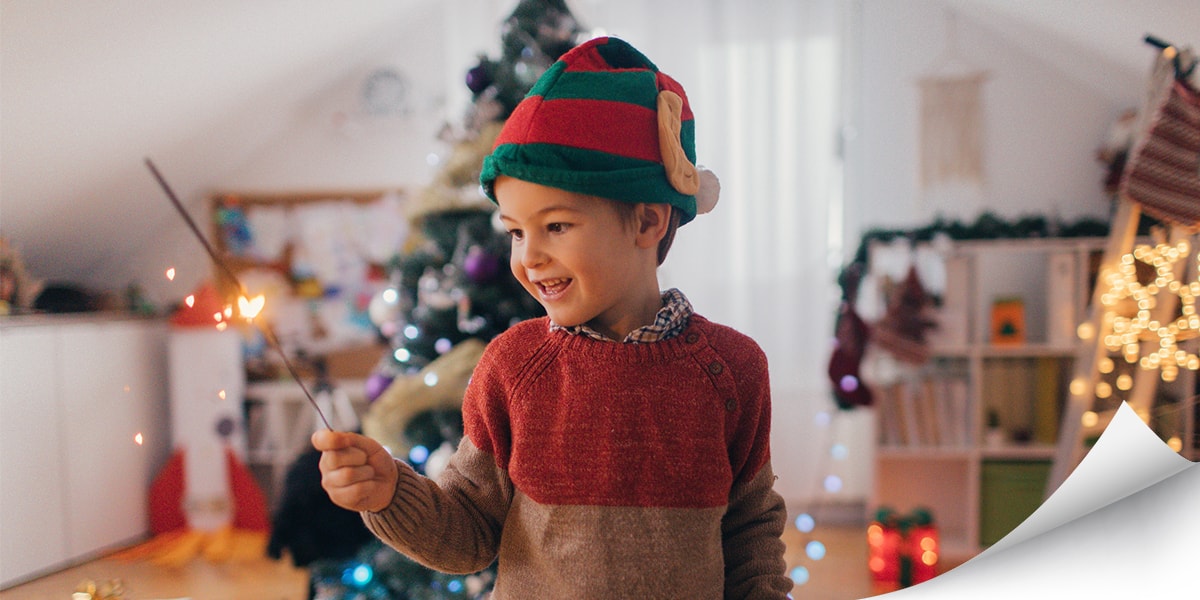 Christmas in Europe, and the rest of the world, is celebrated in all kinds of ways, and we love them all. Whether it’s what’s served for Christmas dinner, what choice of Christmas decorations are used or when Christmas presents are opened this is our look at the different traditions enjoyed around the world. Whatever your Christmas tradition, there’s a bonusprint photo gift that will fit perfectly.

Who is Father Christmas? 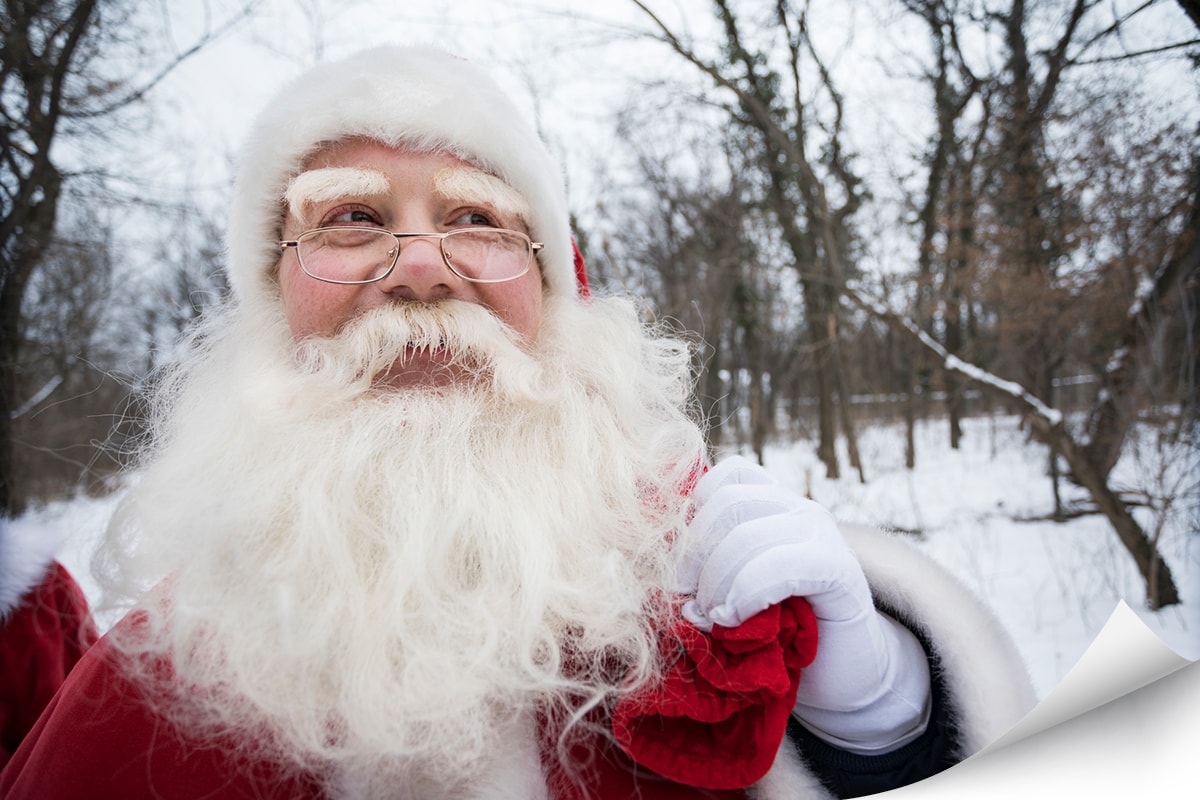 Poor old Father Christmas must suffer from an identity crisis this time of year; not only is he either Father Christmas or Santa Claus in English, he’s Pere Noel in Belgium and France, and Babbo Natale in Italy. In Norway he’s known as Julenissen and he doesn’t come down the chimney – on Christmas Eve, he knocks on the door and enters the house with a sack full of presents. In The Netherlands, he arrives on a steamboat from Spain with his helper Zwarte Pieter, while in Sweden, Santa is known as Jultomten, where he’s depicted as a portly gnome who delivers the presents. No matter who he really is, as long as you’ve been good this year, he’ll be visiting you with the best gifts this Christmas.

What time are the presents? 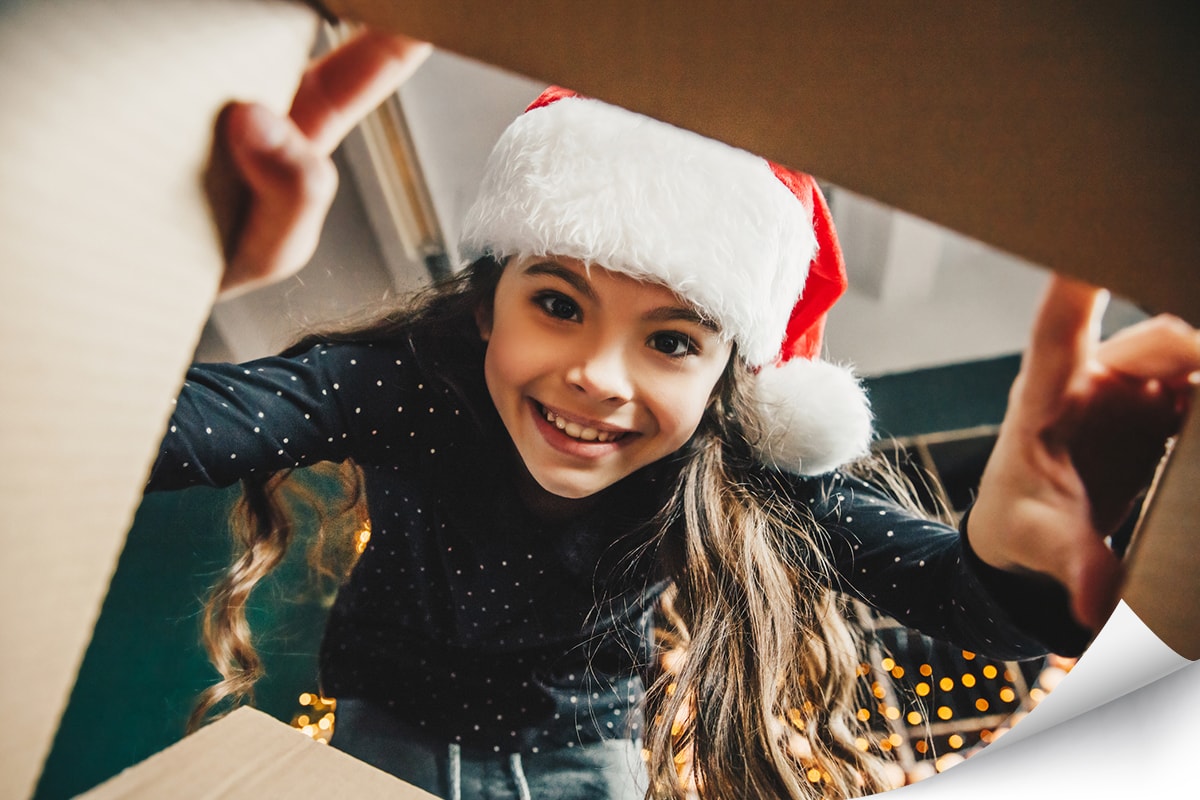 It may surprise you to know that different countries open their presents at different times. In the Netherlands it’s common for young children to open presents on St Nicholas Eve, which is December 5th, while children in Belgium and Germany might open them the following day on December 6th. In the UK it’s traditional for presents to be opened on Christmas morning with the family together – excited children can take ‘morning’ very literally, forcing dozy parents to get up in the very early hours, while in Norway children are expected to wait until the evening. The Spanish have the strongest resolve of us all, with some of children waiting to open gifts until the Christian feast of Epiphany, which isn’t until the first week of January.

What’s on your plate? 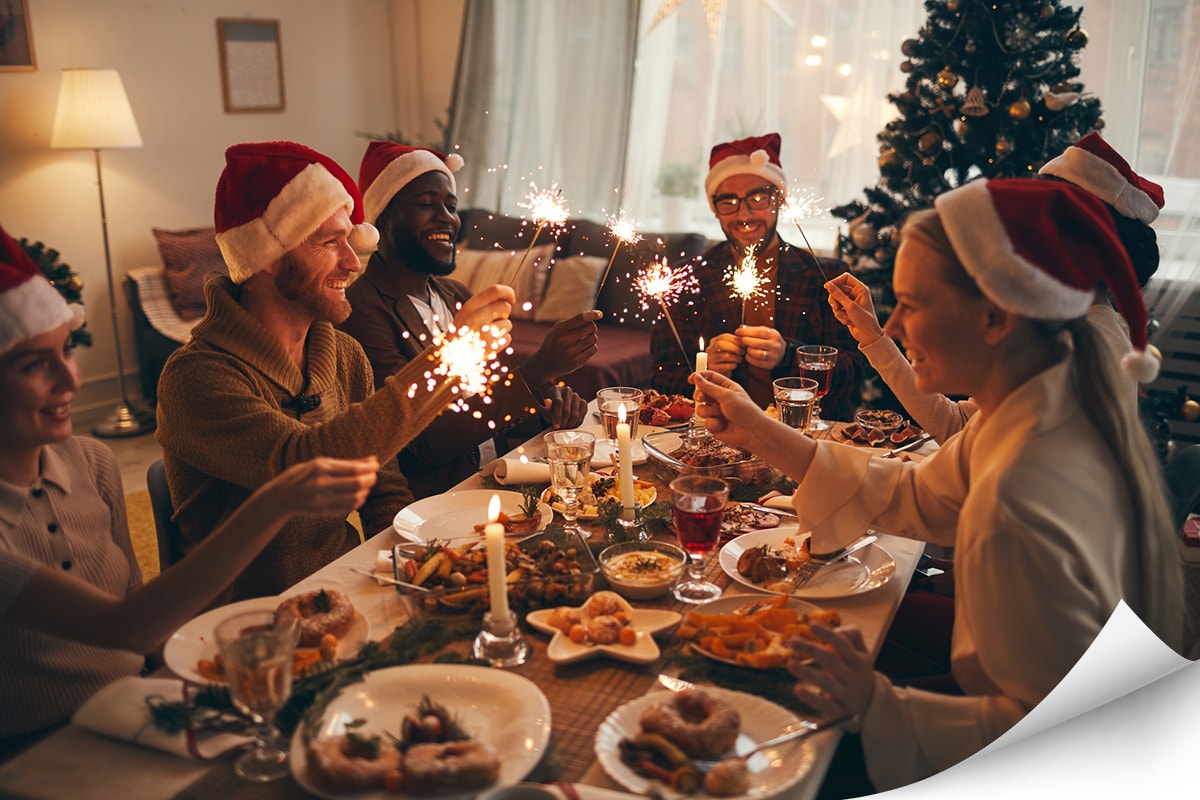 Christmas dinner is a wonderful way for friends and family to gather together and enjoy a great meal, but around the world different dishes are served. Norwegians are split over what to eat: half the nation love to tuck into roast pork ribs, or ‘Ribbe’, while the other half serve ‘Pinnekjøtt’, which is a cured goat or sheep meat served with potatoes. In Japan, Kentucky Fried Chicken is the unlikely delicacy, the UK has a turkey roast and in the Provence area of France, they’ll serve an incredible 13 different desserts, including nougat, candied fruits and a traditional Yule Log. In the Netherlands, Dutch families gather around one ‘gourmetten’ stove with their own miniature raclette pans, frying their own food. 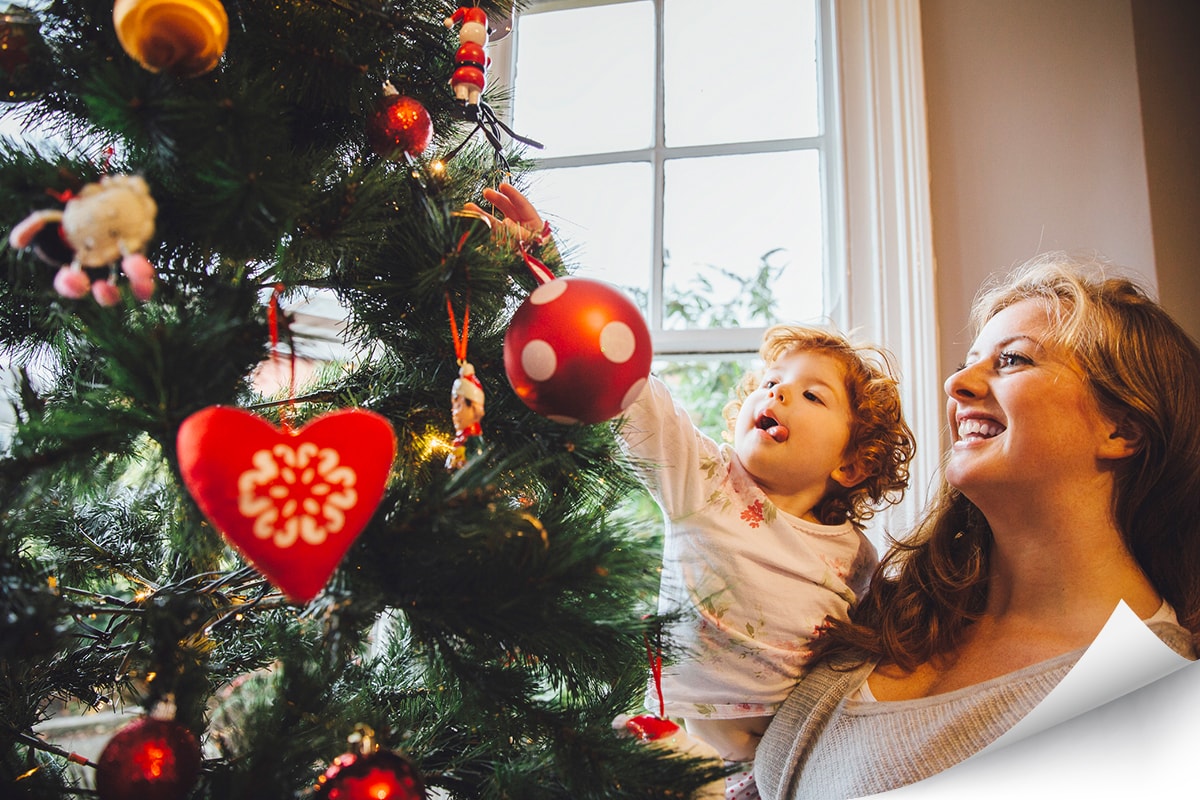 The tree is one of the most popular icons of Christmas (check what emoji pops up when you type it in your phone), and different countries have slightly different ways of decorating them: in France it is common to decorate their tree with fruits and edible decors, in Norway, the tree is traditionally decorated on December 23rd, which they affectionately call ‘Little Christmas Eve’. Norwegians will often decorate trees outside with sheaves of corn too, so that birds can eat during the winter. The Germans often will use real candles, while in Sweden they like to hang Swedish flags on their branches and the Dutch hang biscuits in the shape of Christmas wreaths called ‘kerstkransjes’ on their trees. 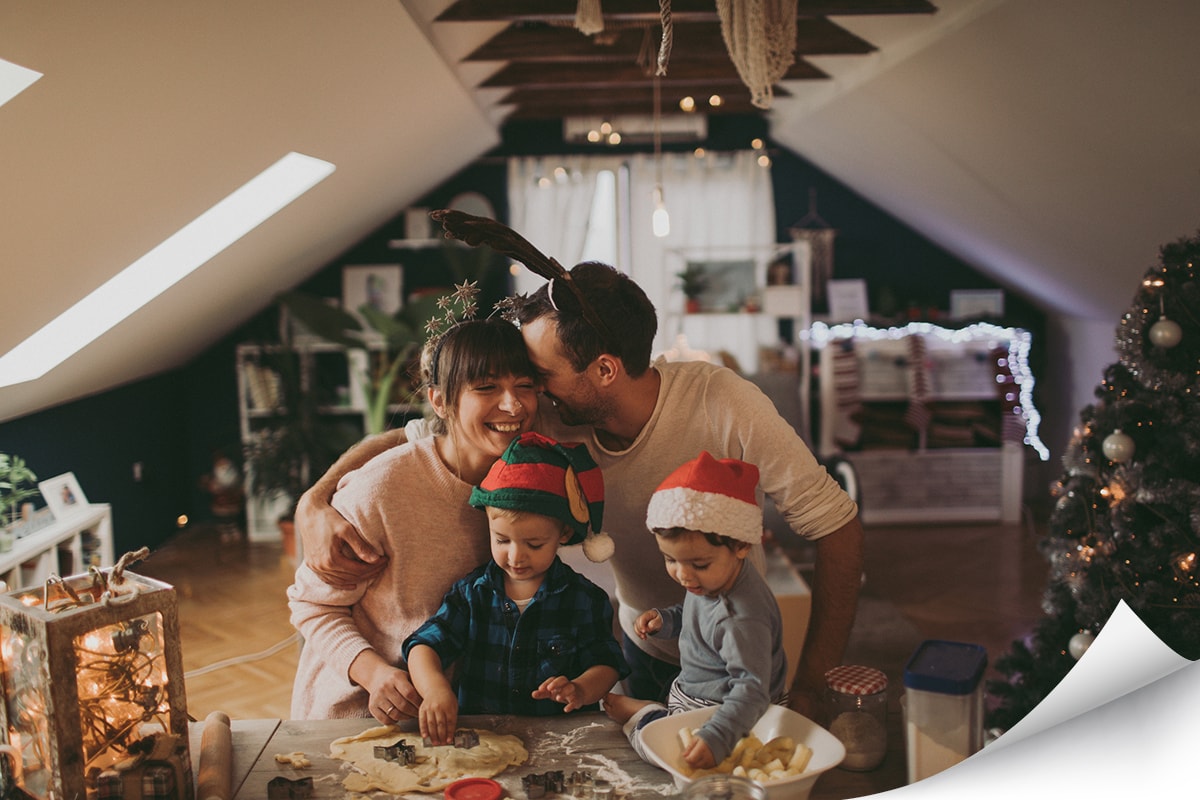 One of the best things about Christmas is getting the whole family together to enjoy each others company. As they open their presents in early December, families in the Netherlands save Christmas Day for family time with gatherings stretching from breakfasts to evening dinners. In the UK an afternoon group walk to get some fresh air after the big lunch is customary, while in Sweden it’s a tradition for everyone to sit down and watch Donald Duck at 3pm on Christmas Eve. In Iceland they exchange books for ‘Jólabókaflóð’ (or Yule Book Flood) on Christmas Eve and spend the evening reading them, and in Norway the period in between Christmas and New Year’s Eve is called ‘Romjul’ and is meant for spending time chilling out and relaxing at home with friends and family. 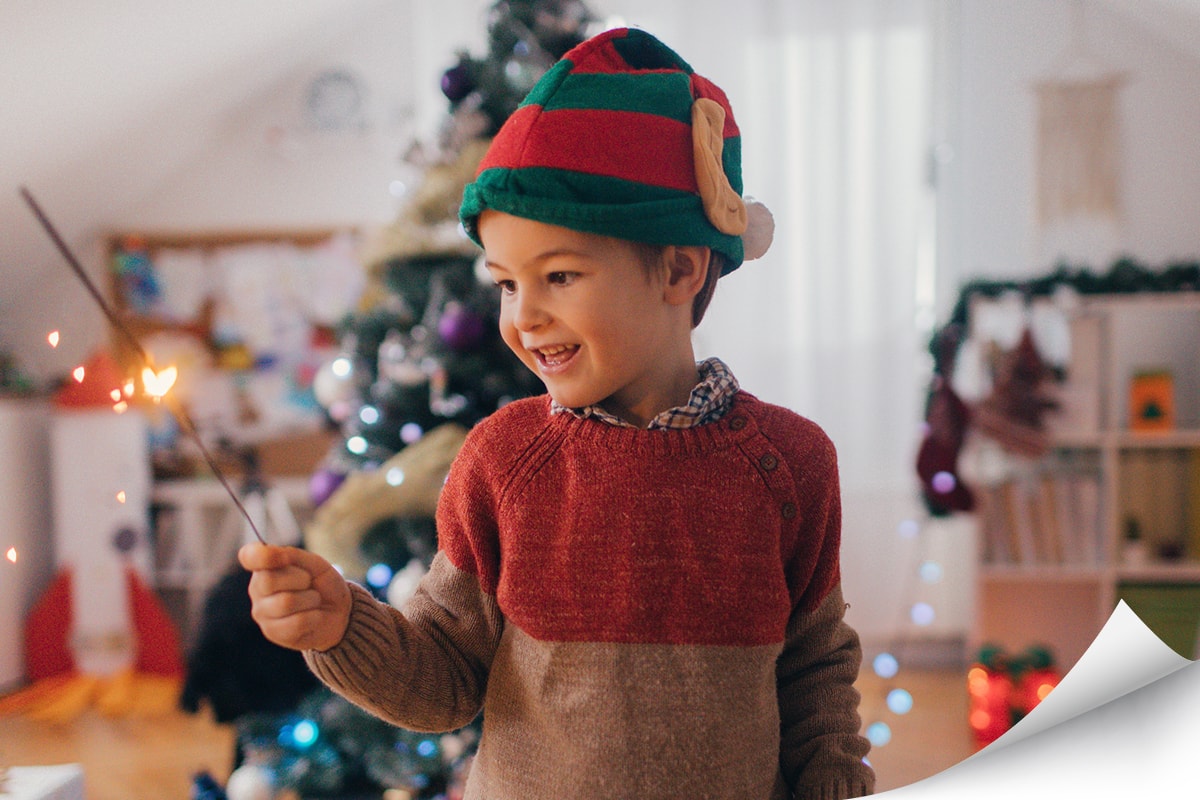 In Iceland it’s believed that 13 mischievous trolls, known as the Yule Lads come to town one by one in the 13 nights before Christmas to harass, steal and play pranks on the population in their own unique ways. They’ll also leave presents in the shoes for the children who have been well behaved all year. If they haven’t been well behaved, well, those children will find a potato in their shoes.

In the end it doesn’t matter which tradition you enjoy, what really matters is enjoying yourself and spending time relaxing with your family and friends. Whichever way you enjoy Christmas, don’t forget that there’s a bonusprint product that will fit it. Just head to our homepage and make the best personalised Christmas gifts with our fantastic products.