Top 11 unexpected city break destinations for a family trip away

Ready to take the family for a city break over the next long weekend? If you’ve already ticked off all the top tourist hotspots, give these 11 unexpected destinations a try and discover somewhere new. 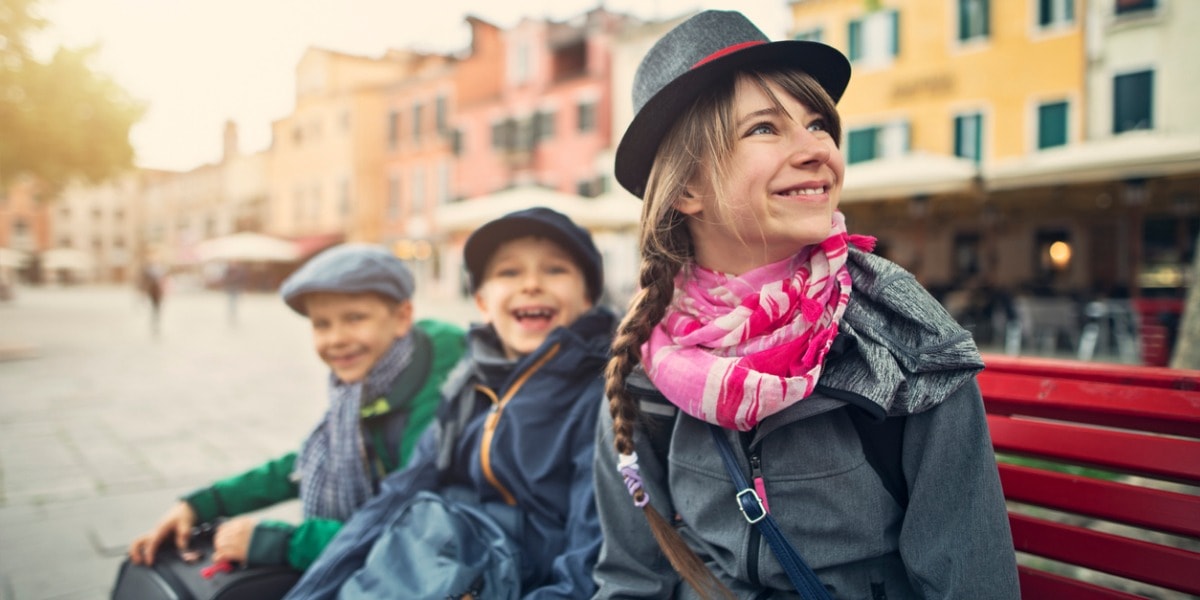 Taking the kids away on a city break is a great way to spend a long weekend. You can introduce them to loads of local dishes, soak up some culture with a bit of sightseeing, and capture amazing memories for your family photo books along the way. But if you’re a family of globetrotters, and have already ticked off some of the world’s most famous tourist hotspots, why not give one of these 11 unexpected European destinations a try next time?

We’ve got you covered for kid-friendly museums to city parks that the whole family will love. And they’re all picture-perfect destinations too, so you’ll get some great snaps as you go – especially if you take a look at our urban photography tips before you set off.

For a bit of sun on your city break, jet off with the family to Seville. It’s got one of the warmest climates in Europe, so the weather should be on your side for lots of outdoor exploring. The little ones would love a horse-drawn carriage ride around the city, and there are plenty of cycle-friendly paths if you want to see the sights on two wheels. 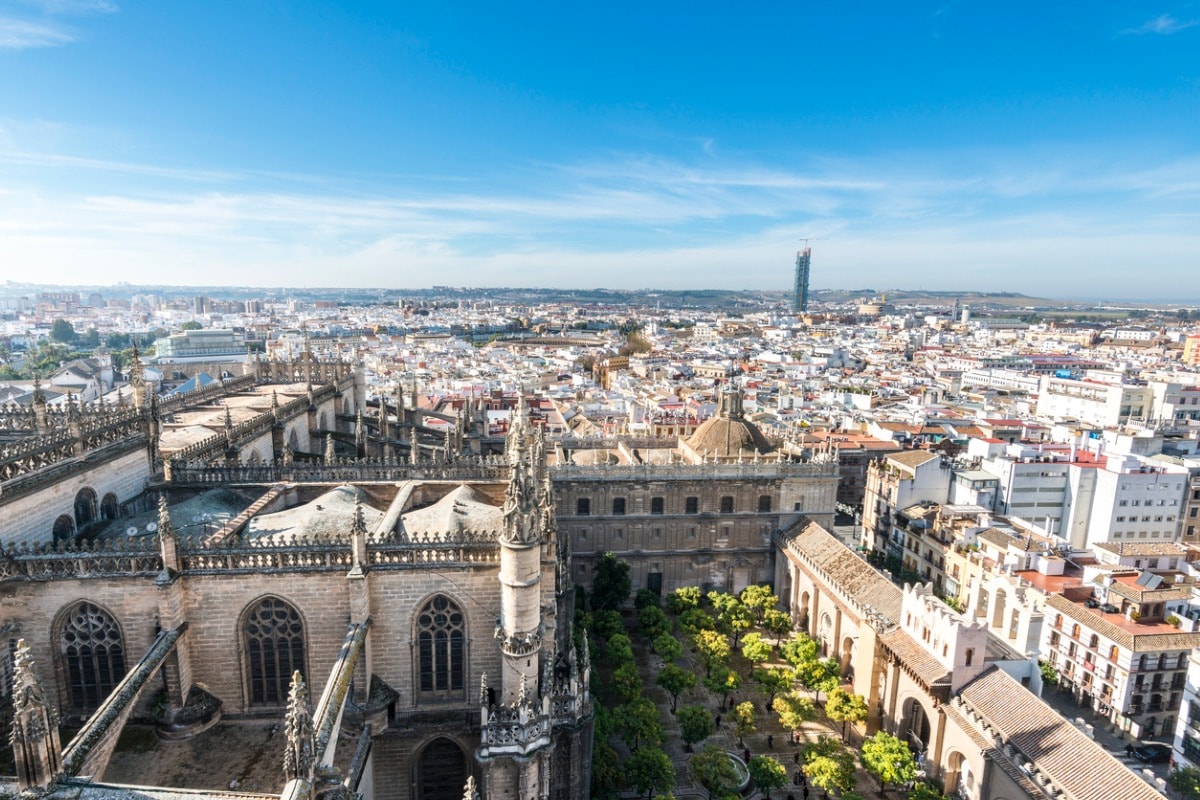 For a laid-back weekend trip that still has loads of activities to offer, Stockholm ticks all the boxes. The Swedish capital has great museums with plenty of interactive exhibits for the kids. There’s beautiful scenery and lots of open spaces too, perfect for exploring as a family. 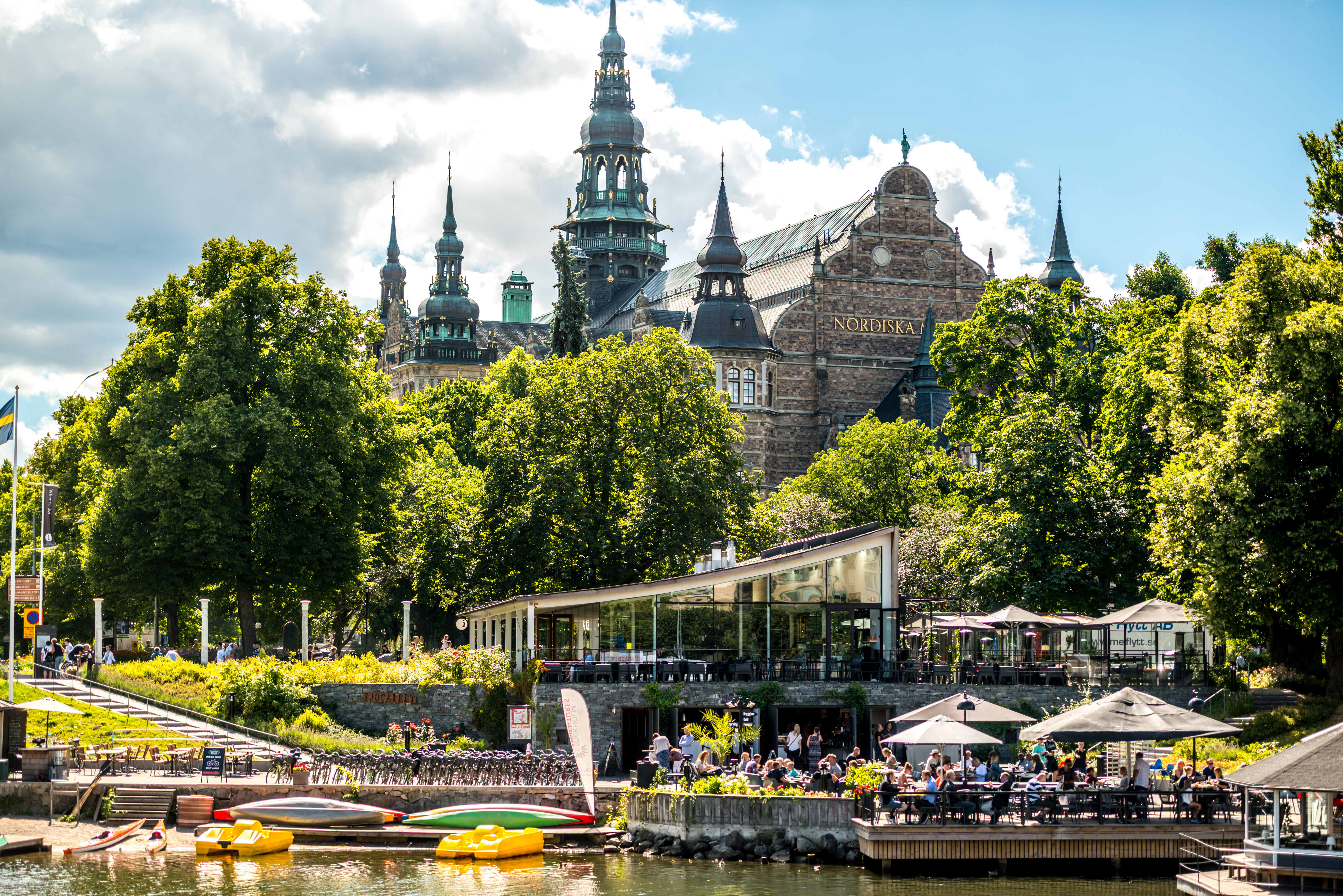 Paris is usually a tourist’s first port of call for a city break in France. And Bordeaux’s chateaus and wineries would be a great choice for a couple’s weekend away. But when you’ve got the little ones with you, Nantes is ideal for a family getaway. Located on the Loire River in Western France, it’s the country’s sixth largest city, but the pace is much more laid-back than a trip to the capital. 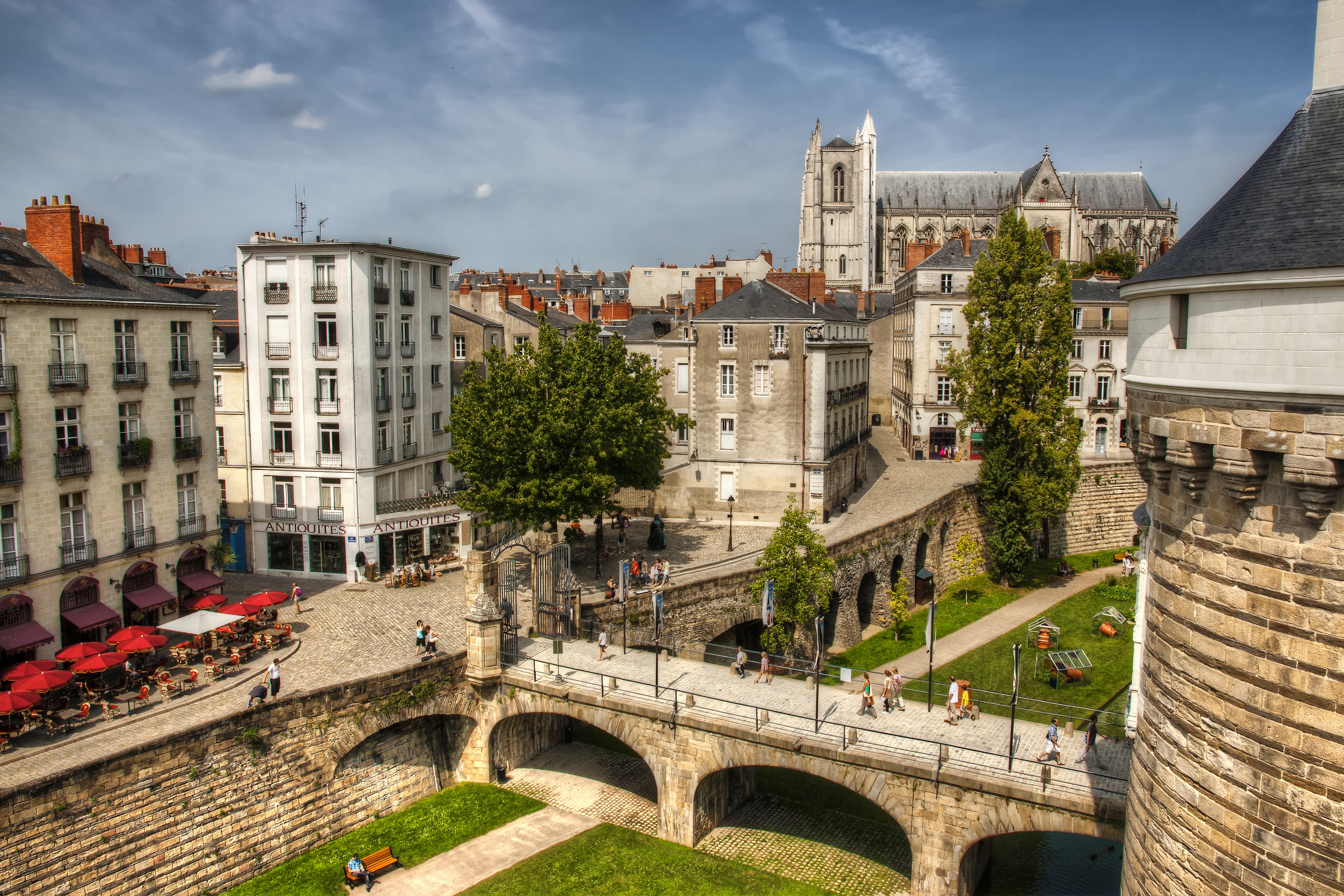 Reykjavik is the world’s most northerly capital. It’s like a small town in size, compared to other international capitals, but it’s jam-packed with all the activities of a major city, making it perfect for exploring as a family. In the centre, you can take the kids on a culinary adventure, with tonnes of fantastic restaurants to try. You can also capture some vibrant shots of the city’s colourful buildings on your trip. And there are cosy cafés to dip into after a busy day of sightseeing. Even if you’re just there for the weekend, make the short journey out of town to see the sweeping Icelandic countryside – we’re talking mountainous landscapes, sprawling valleys, and lots of wildlife. 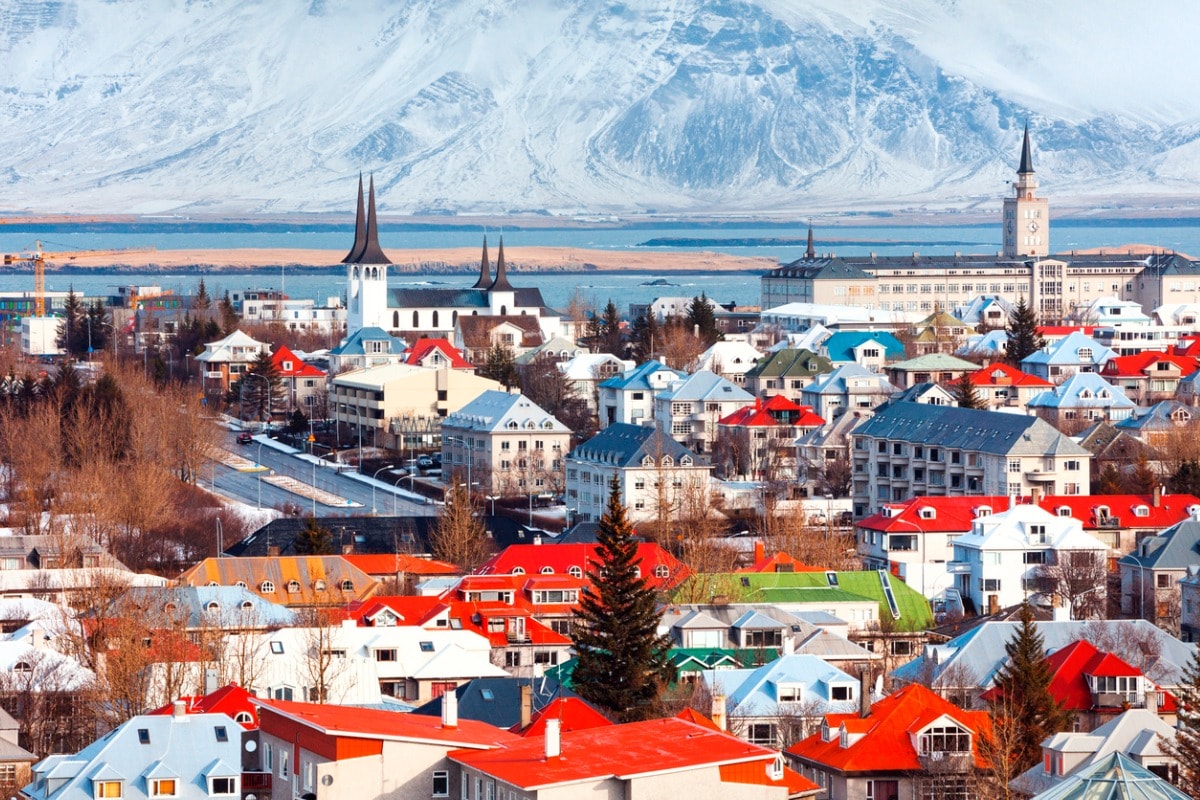 Year-after-year, Copenhagen is voted the most liveable city in the world. It’s one of the cleanest, greenest, and most sustainable capitals on the planet, with a maze of cool and colourful streets to explore on the city’s favourite mode of transport – the bicycle. You and the kids can peddle around town, take in the sights, and bike it to one of the city’s must-see royal palaces. And if the kids are feeling adventurous with their food, you could push the boat out at one of Copenhagen’s 15 Michelin-starred restaurants. 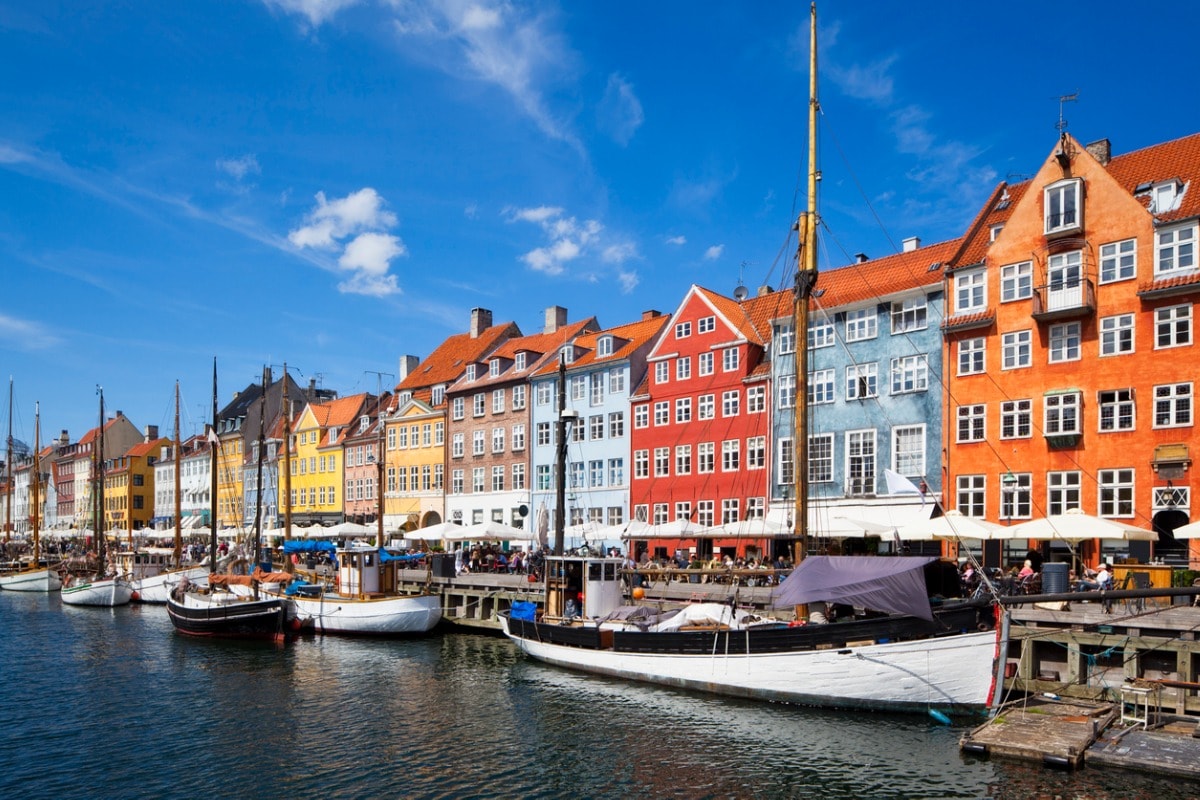 Verona’s probably best known as the setting of one of Shakespeare’s most famous plays, Romeo and Juliet. But there’s more to this northern Italian city than a couple of star-crossed lovers. It’s a network of beautiful narrow streets leading to open piazzas and a grand amphitheatre. And the best bit, you can easily do most of your exploring around town on foot, so you’ll have plenty of photo opportunities en route. 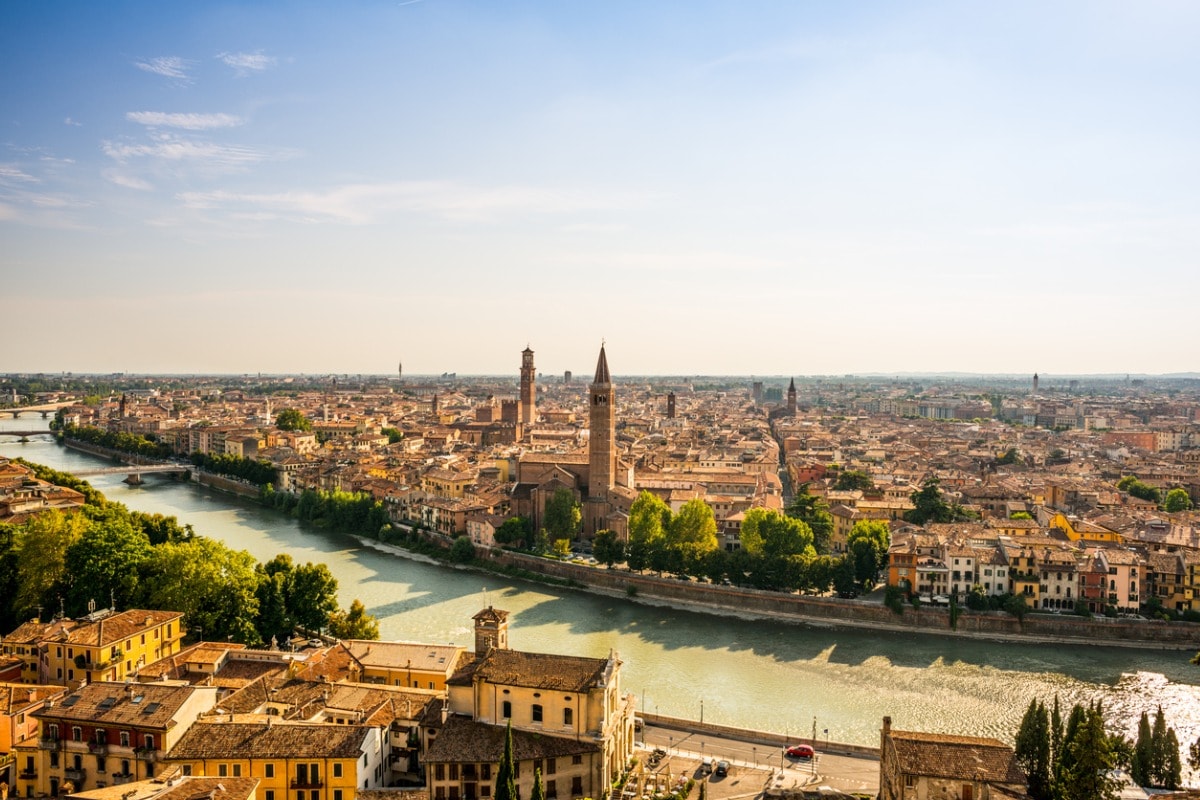 Europe’s oldest capital city dates back over 3,400 years, making it one of the oldest cities in the world too. A city break here with the kids would be like a weekend-long interactive history lesson – maybe don’t sell it like that to them though. But aside from its incredible archaeological sites, Athens has loads of fun activities your little ones will love. 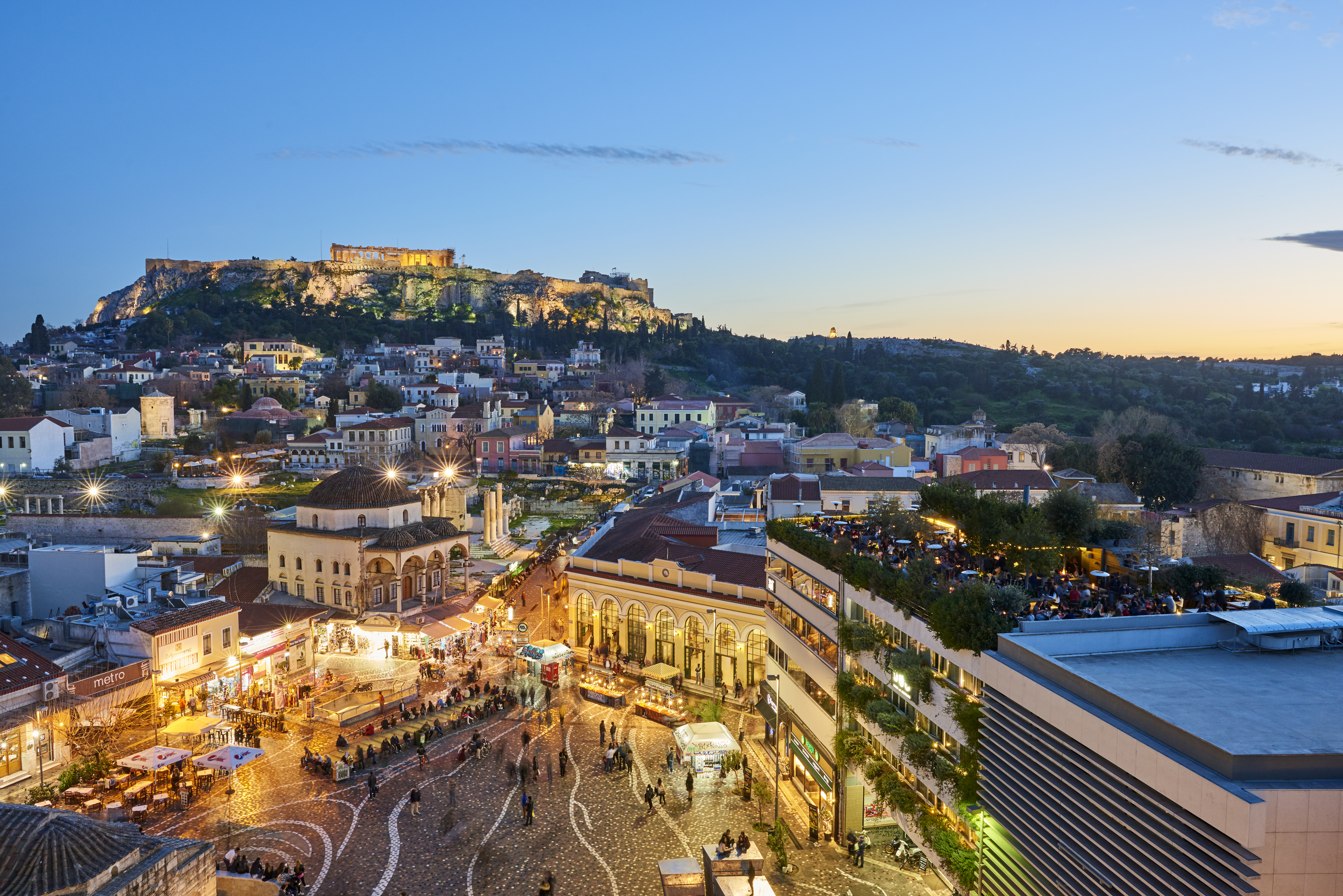 Oxford’s best known as one of the world’s top university cities, and you can work your way around its beautiful colleges and winding streets that the likes of Professor Stephen Hawking and Oscar Wilde have passed through during their times there. But there’s so much more to explore in the City of Dreaming Spires. 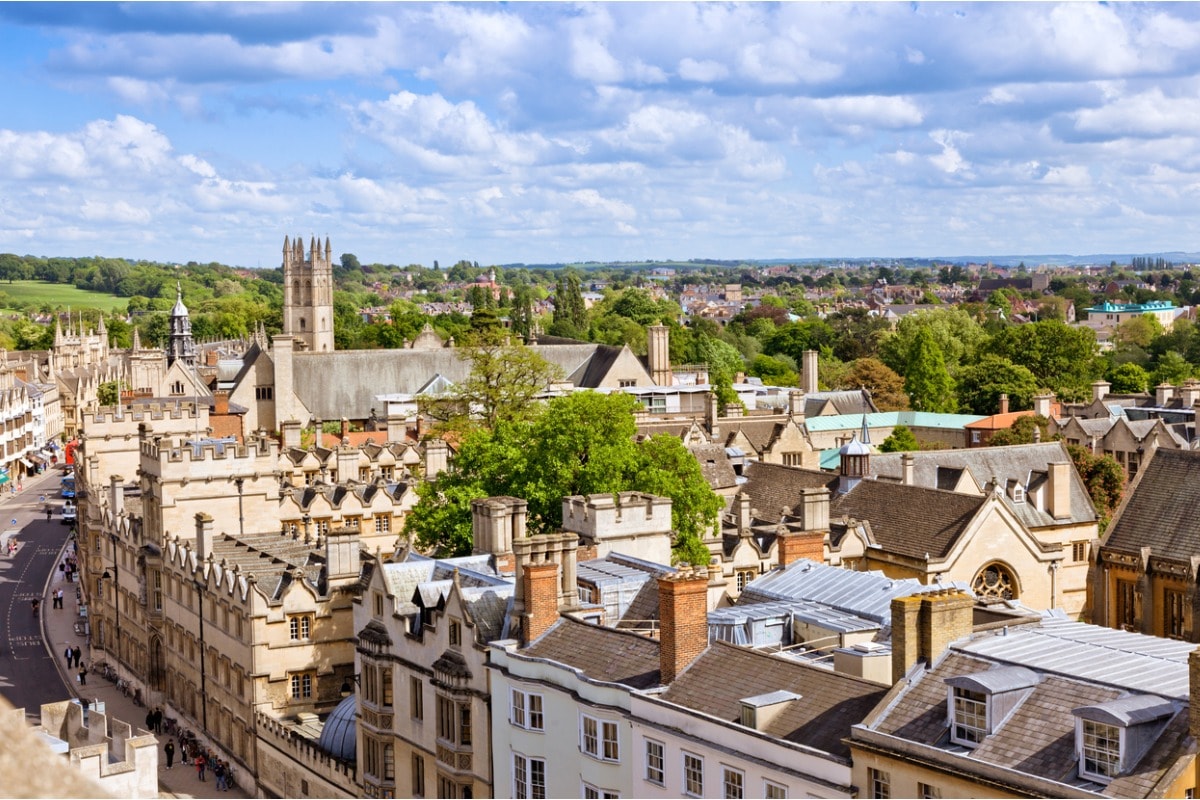 Vienna’s a pilgrimage for classical music lovers. But if Mozart and Beethoven don’t make many appearances on your Spotify playlists, there’s still loads more to explore in the picture-perfect Austrian capital. 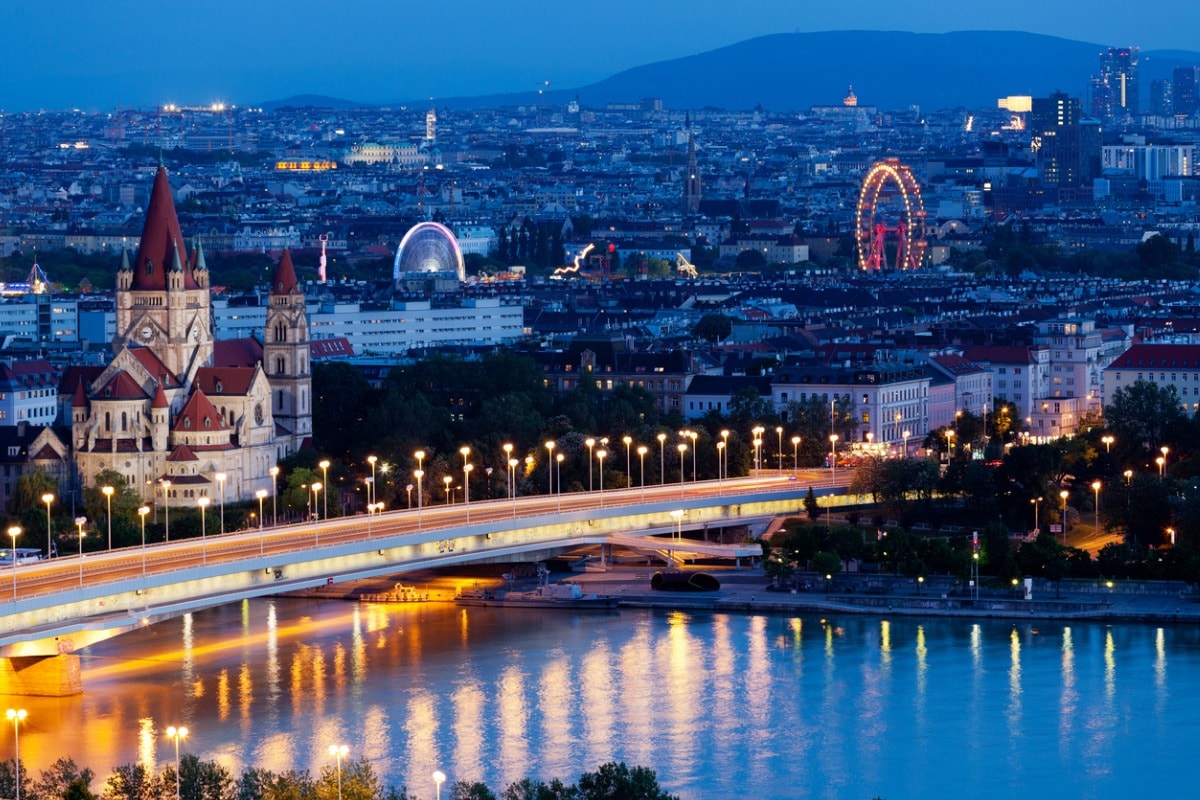 Ok, the Algarve isn’t a city, but this region in Southern Portugal is great for a weekend trip away. You can spend your mini-break on its beautiful beaches, take a road trip along the coastline, or cool off in one of the local waterparks. 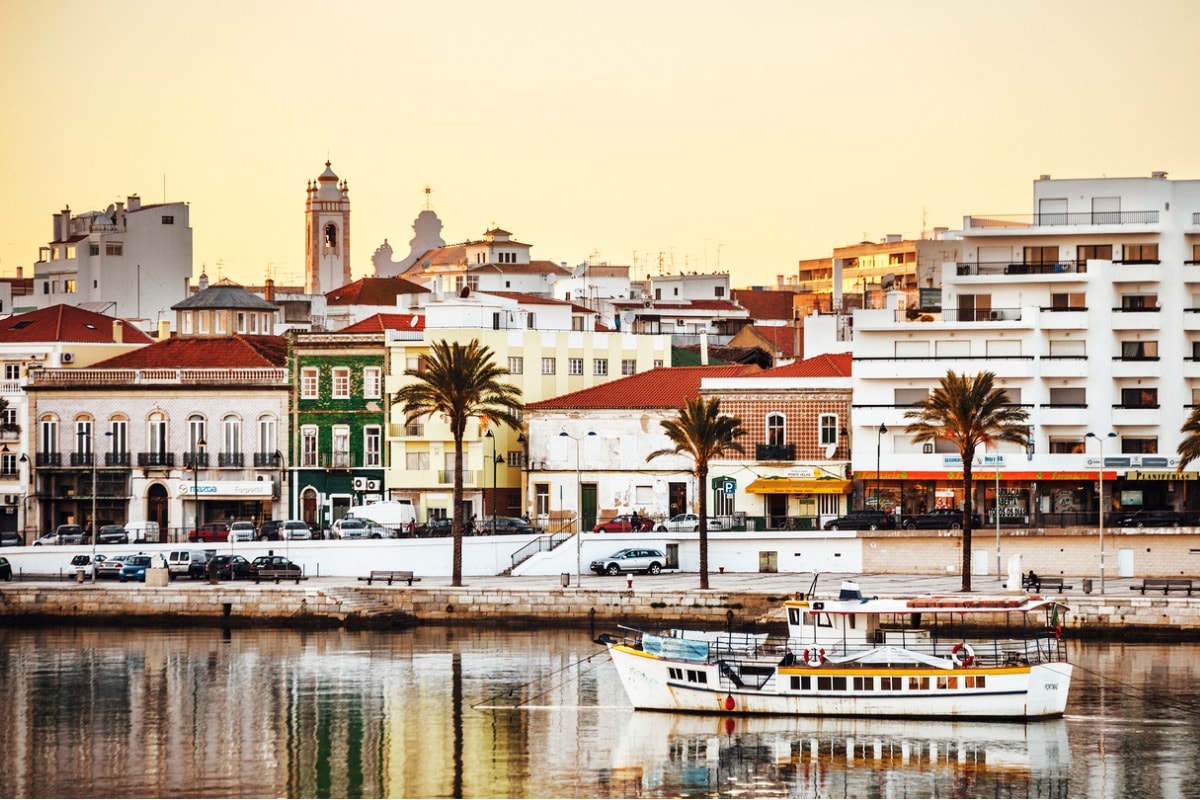 Edinburgh has loads of activities to offer, but it’s easy enough to explore the whole city in one weekend. As family city breaks go, a trip to the Scottish capital is the ideal blend of historical sites, like the Old Town and Edinburgh Castle, and new attractions that will keep the kids happy for hours. 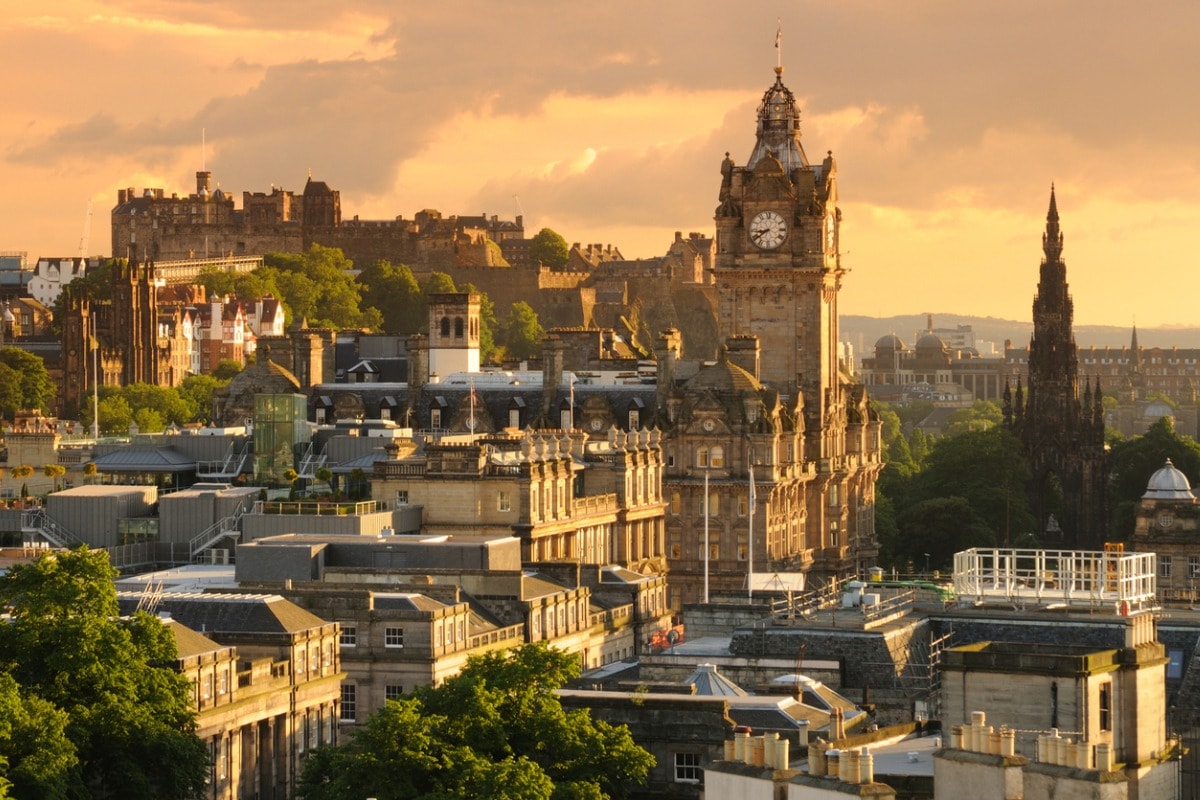 Where will your next city break take you and the kids? Whether you’ve got a weekend of sightseeing on the cards or you fancy soaking up a bit of sunshine, make sure you capture all the great moments you share for your next family city break photo book.

Comments
Separate multiple addresses with commas
Cancel Send
Your request is being processed
Your content has been shared successfully ×
There was an error while sending the email
×
Tags: cities, creative ideas, spring, summer, travel